K12itc focuses on providing IT services for more than 450 schools across the country. Their custom solutions help teachers and staff easily manage their technology infrastructure.
Download Case Study
Visit Website 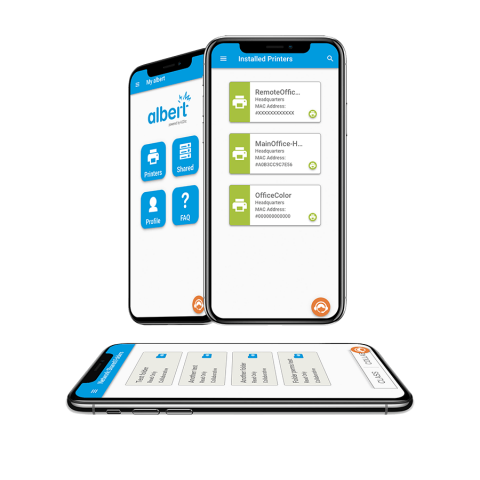 K12itc came to us with an aging administrator dashboard that they provide to teachers for managing drives, printers and technology in hundreds of schools across the country. However, due to the changing nature of how educators are interacting with technology, their existing system was not as accessible or user friendly as it needed to be.

We proposed replacing their current dashboard with a native iOS / Android app, along with an updated web app. Since thousands of teachers would be using this new app, we had the challenge of making it intuitive and easy so educators could seamlessly roll it out across the country with little training.

Since the underlying focus of the project was creating a native mobile app, we had to design the UI from scratch. Taking key functionality and UX from the existing dashboard, we updated the design to utilize Material UI standards. This instantly gave the the UI a fresh modern look, while maintaining the workflow and general layout that teachers were accustomed to.

When Code Koalas was planning the buildout, we wanted to make sure we approached the project so that we could reuse as much code as possible between the mobile and web app. Careful planning and management had to be done to ensure this goal was met.

Step one of development was focusing on the backend processes that would provide the backbone of all client interactions. One of the biggest challenges faced was shaping k12itc’s API responses into a uniform and consistent format that we could reliably utilize. Once the backend was complete, we then focused on styling the front end with Material UI to give users an initiative, friendly user experience.

Throughout the build process, our developers consistently created test cases for multiple functions and workflows throughout the entire app. We used these to test functionality in a wide variety of scenarios, which served to expedite the QA process. Because of this approach, we drastically minimized the QA time each time a new element was added to the app.

The new k12itc app delivers a reliable and consistent user experience across Android, iOS and desktop. The app now allows teachers to easily manage and grant access on the fly to technology, drives and printers in their school among staff and students. Technology is more easily managed, and the onboarding process developed by Code Koalas ensures that new users are quickly up to speed on how to use the app.